Lately it’s been hotter here than in Egypt, Dubai and Mumbai. These images were taken on my last outing which was shortened due to the fact it was so hot that the streets were pretty much empty. My video camera (Canon 70D) kept shutting off it was so hot. Yes, we are in the early stages of creating a Youtube channel for vlogging our street style shoots. Subscribe so you won’t miss it! 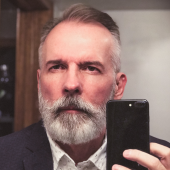 Everyone featured on the blog was approached because of their unique or interesting style. We thank all the beautiful people who agreed to pose for us. Bob, Ursula and Samantha Roman are a husband, wife and daughter team based in Toronto, ON, Canada.